About ANDY And HIS AMaZING TEAM

Why train with Andy?

Andy is one of the world’s top qualified coaches, holding a Masters Degree at distinction level in Positive Psychology & Coaching Psychology, and has applied for a PhD to start later this year. Andy is also a master practitioner of NLP and a qualified mindfulness-based awareness coach. Andy has published two best-selling books, ‘The 28-Day Alcohol-Free Challenge’ and ‘Let’s Do This: How To Use Motivational Psychology To Change Your Life’.

When you combine Andy’s education and experience in high-performance environments as a professional athlete, and in the world of finance as the founder of Aalpha Energy Brokerage, and more recently as a coach-entrepreneur with many successful coaching businesses – his skill set and experience are world-class.

However, for years Andy struggled, living a life, as he would describe, of ‘meh’, of 5 out of 10-ness. When he started out on his coaching journey he was 3 stone overweight, incredibly unfit, unhealthy, and unhappy. There was no great story or achievement. He was overworked, stressed out with no time for personal development, lacking direction and meaning. Most disappointingly, his relationships were strained. In short, he was lacking purpose and felt bored with life. Yet outwardly it looked as though he had it all!  A great career, income, beautiful family. But something was missing. Andy firmly believes the life he was leading was a one-way ticket to a heart attack. How sad is this?

What saved him was a call to something more. Andy describes it as a gentle tug that suggested there was more to this short and precious life. He felt a longing to give back but had no idea how. Andy then started to ask those BIG questions, such as, “Is this it?”, “Is this all life has to offer? Surely there’s more?”

He was right, there’s so much more.

The gentle unease with his current lifestyle motivated Andy to try personal development, which quickly led to a desire to share what he was learning with others. So began his coaching adventure.

Over the next few years, Andy transformed his health, business, and most importantly relationships. Around this time Andy created a long-term vision – he wanted to master the craft of coaching in all formats and then share this learning with others so that they too could firstly transform themselves and then help others do the same.

Over the last 10 years, Andy has fulfilled this vision, creating various successful coaching practices in almost every coaching genre from executive coaching to corporate workshops, 1:1 and group coaching. What’s important is that Andy is still coaching in a BIG way as the current founder & CEO of three major coaching businesses, while also a partner/director in another two.

What’s incredible is that most of these coaching initiatives were created as side hustles to a full-time career as a broker in the city of London. Andy is a great example of how you can build thriving coaching businesses and initiatives alongside your day job until such a point you can make coaching your full-time vocation!

Andy takes the opposite position to the burn your bridges approach. With total confidence, as he has done it, Andy knows there is nothing stopping you from growing a 1:1 coaching practice or even a global movement while you remain in your day job. Then if you wish, when the coaching momentum is there, you can then step into your vocational career and become a full-time coach.

Part of Andy’s development was to take a proactive break from alcohol, which was such a positive experience that he decided to start coaching others to do the same.

After initially creating an executive coaching side hustle for fun and holiday money, Andy went on to co-found the movement OneYearNoBeer, (OYNB) which has coached hundreds of thousands of people to transform their relationship with alcohol, with the positive collateral into the millions.

Andy recently stepped down from OYNB, after helping hundreds of thousands of people, with the positive collateral influencing millions, and with a valuation of £15 million. Andy wanted the freedom to start new coaching initiatives to inspire more people to reach their full potential. 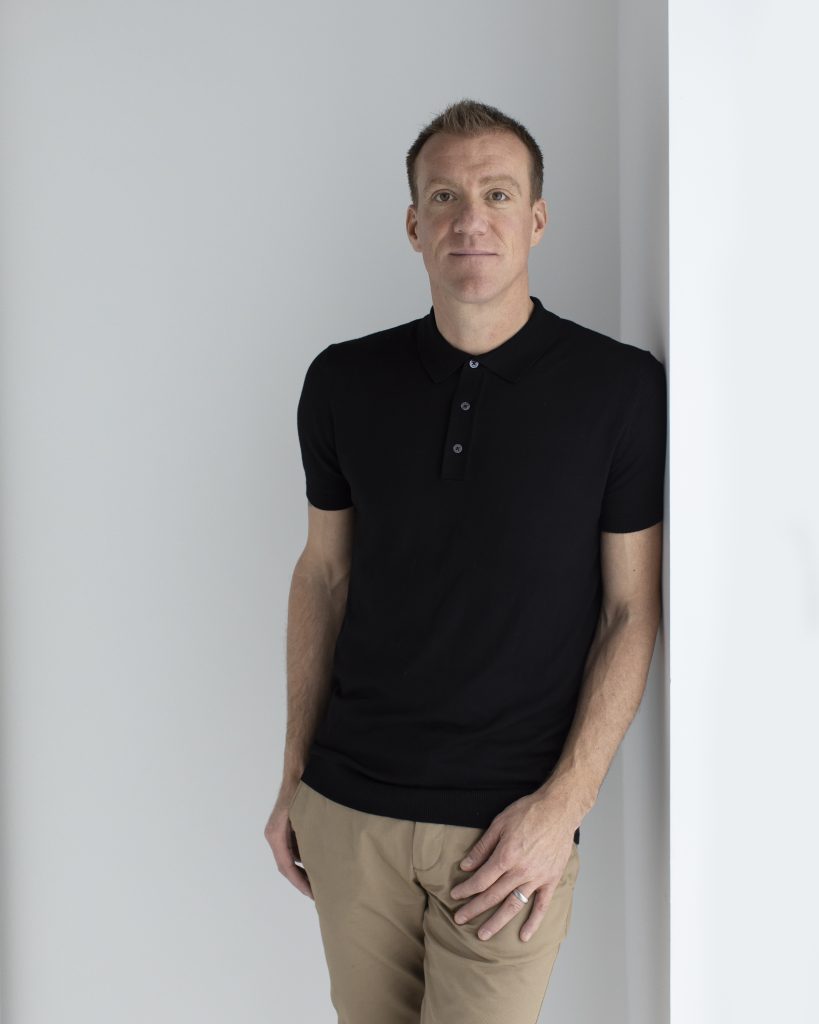 Are You Ready To become a coach?

When Andy left OYNB he had one aim for these new coaching initiatives – could he start them from scratch and then create a blueprint to share with others so they could do the same?

After leaving OYNB, the first coaching initiative Andy created was Seneca Performance, which was a high-end corporate coaching and mentoring programme combined with physical training. In one example, Andy and his team built a physical gym next to a trading floor to coach the busy brokers, who went on to have a record month! This is the power of coaching.

Next Andy created various self-development programmes and the Mind & Body Gym, along with AreteWay Coach. All of them are highly successful in their own right. Furthermore, Andy created most of these initiatives while still in a full-time career as a broker. It is only in the last year that Andy stepped out of broking to pursue his vocation in coaching full time. This goes to prove in the most powerful way that even if you have a busy job or lifestyle – you do have the time to learn the skills of coaching and create initiatives to help others. This is another reason coaching is the greatest side hustle. Andy has consistently demonstrated this across various coaching genres.

The more Andy learned, the more opportunities started to appear and he has recently formed a coaching partnership with Christian Dailly, former West Ham and Scotland football captain, which is all designed to transform people’s health & longevity using their unique Zone 1 Formula.

With all this going on, you can still see Andy showing up LIVE coaching on the socials every day, as he has done for over 8 years!.

Because Andy has found his Arete in coaching and he can show you how to find yours!

In short, gaining an opportunity to train with a coach & coach entrepreneur at Andy’s level is incredibly rare. Most coach training is delivered by students of the Master instructor or by those who have never really created coaching businesses. This was always a frustration for Andy when he was training to become a coach. It appears lots of coaching training is delivered by those who have not really succeeded in any form of coaching, outside training coaches to become coaches to do something they themselves never achieved!

Therefore, while he can, Andy delivers all the training. So, you learn from someone who is coaching and growing coaching ventures in a BIG way right now.

Andy will train the 2023 cohorts however, AreteCoach is already becoming so successful that you might not be able to train with Andy for much longer. So, even more reason to get in before 2023 cohorts fill up as there are only a small number of places available. 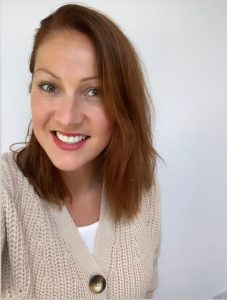 Naomi Morgan is a former teacher with a huge love of books, personal development, long walks in nature and people. For 15 years Naomi held the position of Head of Psychology and was fascinated by the new and emerging approach called Positive Psychology. She daydreamed about leaving her job and returning to university to study positive psychology in more detail. Although Naomi loved teaching, the stress and long hours were taking their toll. One cold and dark October evening, after another tough day at work, she decided to take serious action and to give up her job, house, and many of her possessions to move to the south of Spain with the goal of creating a happier, calmer, and healthier lifestyle for herself and her partner.

Once in Spain, Naomi took the opportunity to return to University to study a Masters degree in Applied Positive Psychology and Coaching Psychology. After having the courage to take such a big leap and trust that things would work out, she was rewarded by completing her Masters with distinction and securing the job on our team as European Head of Arete Coach. Naomi now gets to indulge her love of teaching whilst teaching Coaching Skills, Coaching Psychology, and Positive Psychology to those on the Arete Coaching course. When not teaching she is either found walking in the countryside listening to audiobooks, reading in the sunshine, volunteering, or having a siesta. I think it’s fair to say her life has improved no end. 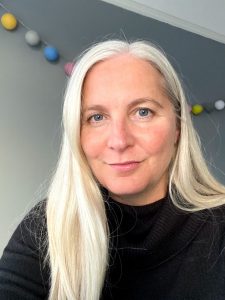 Sarah left a near 20-year career in Education and leadership, to pursue her passion for Positive Psychology and the development of others. Walking away from a College Vice-Principalship, Sarahundertook a Masters in Positive Psychology and Coaching Psychology at the University of East London, specialising in the field of shame resilience. Bringing years of experience of teaching, learning design and supporting adults back into learning, Sarah now heads up The Arete Way Coaching Course. A lover of nature, Sarah is often found walking on the South Downs with her dog and now growing family.

Get all the latest information on our courses, books, and much more..

Book A FREE Meeting With Our Coaches

Still not sure if this course is for you? Or maybe you have some questions? Then why not book a free session with our coaches?